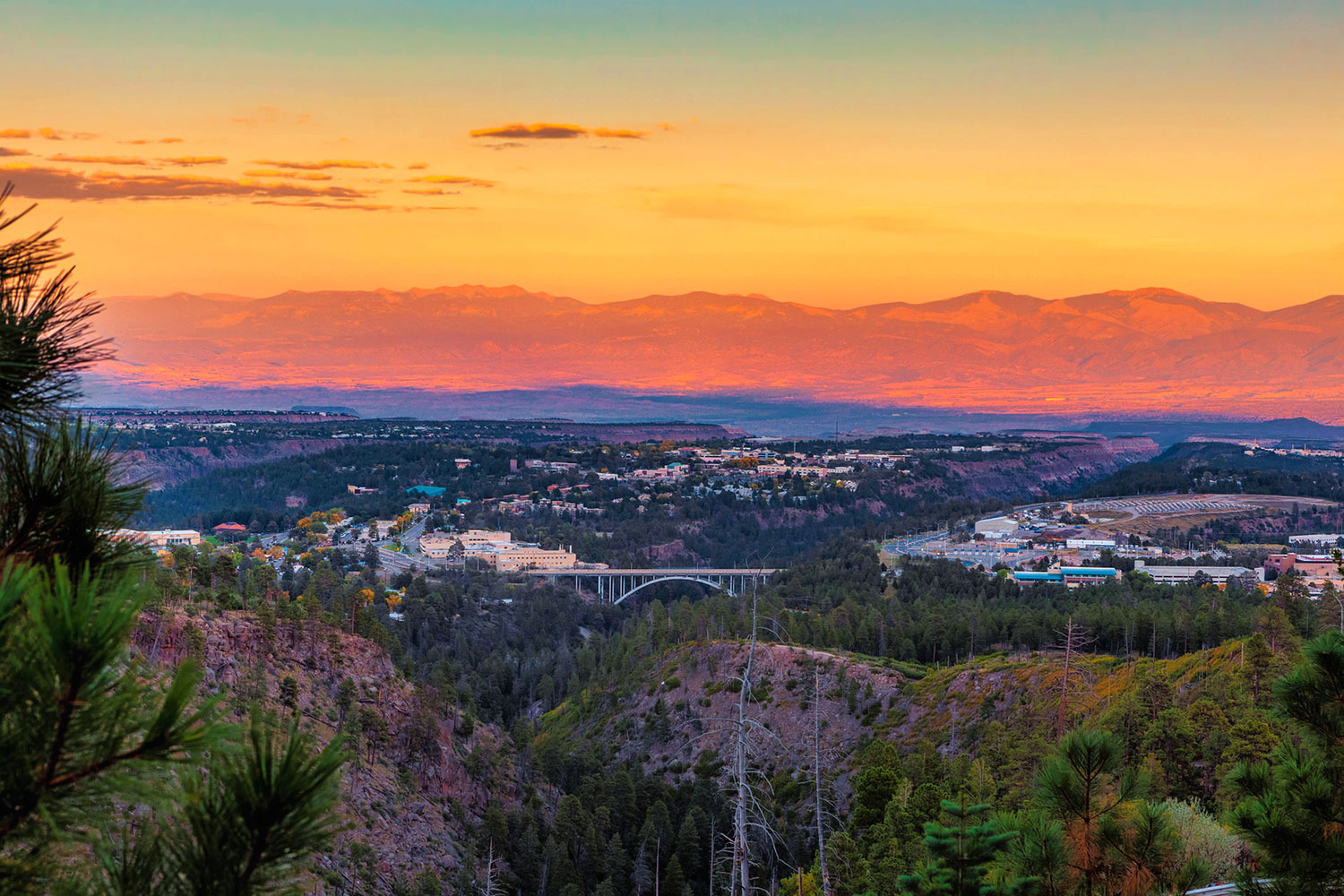 Are you going to like working or living here? We think so. There’s a lot to love about Los Alamos. Beautiful scenery, no traffic, and an easy jaunt to and from Santa Fe. But it’s up to you to get to know Los Alamos and find out what this town has to offer. Here’s what you need to know about living in Los Alamos.

Although Los Alamos is known as the birthplace of the atomic bomb, the area has a centuries-long history that begins with Native American settlement.

Los Alamos has been populated since at least the tenth century when Native Americans lived on the plateaus. By the 1300s, Tewa settlers from the Four Corners Region built the first villages in the area.

New Mexico is the land of living history, so if you head out to the Bandelier National Monument or the Puye Cliffs and you’ll be able to spot the remains of some of those Keres and Tewa towns.

Modern Los Alamos dates back to the late 1800s and early 1900s when the area was a popular spot for homesteaders. Folks would build log cabins to stay in during the summer in order to tend their livestock.

By 1917, Detroit businessman Ashley Pond II built the Los Alamos Ranch School, which operated as a boys’ school modeled after the Boy Scouts of America program.

In 1942, Los Alamos changed the future. That’s when the United States Army bought the Los Alamos Ranch School and surrounding land in the top-secret effort known as the Manhattan Project. At that time, Los Alamos was known as Project Y, the site of a secret laboratory where more than 6,000 scientists and support staff worked to design and build the world’s first atomic bombs. The location was a total secret. Its only mailing addresses were post office boxes in Santa Fe.

By 1970 Los Alamos had built up a strong population and became, more or less, the town it is today, a little city right on the edge of Santa Fe.

For more about Los Alamos history, check out these resources:

According to 2020 U.S. Census Bureau data, Los Alamos has a population of 12,666, with a population density of about 1,150 people per square mile stretching over 11.1 square miles.

It’s interesting to note that the town of Los Alamos hasn’t had any major population booms in decades. In 1970, the U.S. Census counted 11,300 people, and in 2015 the number sat at 11,814. We have our little ups and downs, but by and large the population stays pretty steady. That should tell you a little something about the relaxed pace of life in Los Alamos.

New Mexico basically sees two seasons, summer and winter. Fall and spring, or as we call them, Halloween and Easter, don’t usually last very long. It’s not unusual to see a light sprinkling of snow as early as Halloween and sunny 70-degree days in March.

Our summers aren’t as punishing as those you’ll find in Texas or certain parts of California, and our winters are much milder than those of the frozen Midwest. It’s very rare for temperatures to drop below 0º F come December or even the mid-90s in August. But light shorts and heavy jackets are a necessity for any long-term stay in New Mexico.

Here’s something to keep in mind, though: New Mexico has an unusually variable climate. It’s common to have highs in the 50s in the middle of January and February or lows at 40º F in July. Even during summer, it’s not a bad idea to keep a coat in the car.

If you haven’t spent much time in the high desert, then take note: The high climate and dry air can feel a bit like adjusting to another planet. Stay hydrated and pace yourself. If you’re an athletic type, this is especially worth noting: Your fastest 1K time isn’t going to be the same in New Mexico as it might have been in New York or Los Angeles. Take it easy and just let your body get used to the high altitude for now.

Get the Most from Your LANL House-Hunting Trip