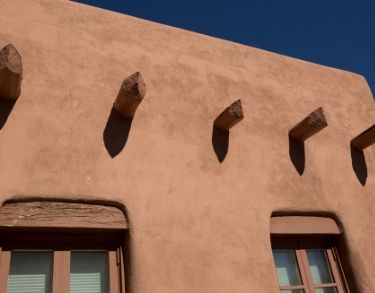 A rose by any other name, sure, but let’s suppose you’re talking about music. What’s a phrase? What’s a bar? What’s a “legato”? What does “staccato” mean?

You don’t need an education in music theory to be able to say “Boy, that sure is pretty,” but it helps to know your terms to get the most from an in-depth conversation. The same goes for architecture.

If you’ve been in Santa Fe for a little while, then you probably wish you had a nickel for every time you looked at a home or building and said “Boy, that sure is pretty.” Those five words are rarely untrue in Santa Fe, but if you’re ready to take that conversation to the next level, here’s what you need to know. 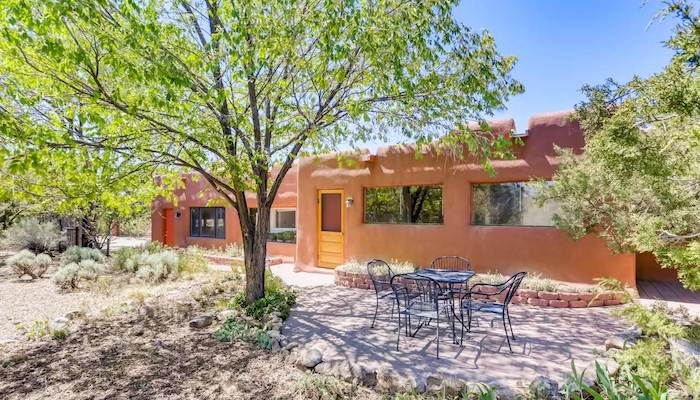 There are a lot of architectural influences to be found in Santa Fe, but what really sets homes in the area apart is the adobe style.

Traditional adobe homes are created from whatever people have handy—such as straw, clay, and mud. The materials are mixed and laid in wooden frames to create bricks, then stacked into walls, with an exterior layer of the material to hold it all together. 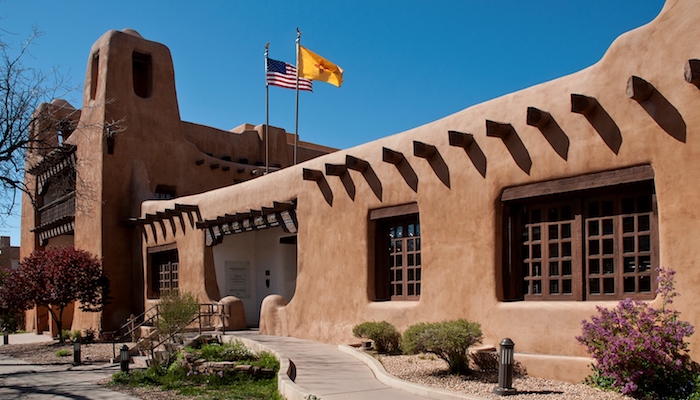 While they look similar at a glance, each style comes with distinct differences you can identify with a bit of experience. These styles intermingle and many buildings use all three, but here’s how you can tell them apart:

If you want a handy cheat sheet, think of it like this: Pueblo Revival is marked by soft corners. Spanish Revival by clay tiled roofs. And Territorial Revival by its angular edges lined with brick.