Santa Fe: Your Guide to The City Different 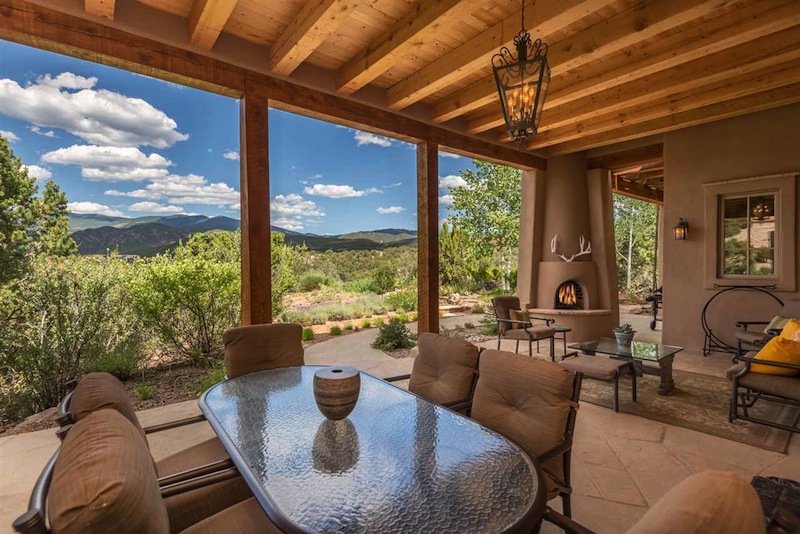 Combining modern amenities with a deep love and respect for its own history, Santa Fe has an appeal that’s as timeless as its Native American trails and as fresh as the wildflowers blooming in the desert mountains.

There are buildings and homes in Santa Fe dating back to 1610 and earlier like the Palace of the Governors. There are countless art, culture, and natural history museums like the New Mexico History Museum.

With a unique atmosphere, culture, food, art, breathtaking sunsets, and cherished history, Santa Fe is why they call New Mexico the Land of Enchantment. Step outside your home and you can drink in the spectacular views on all sides, as with this stylish main residence and guest house in Circle Drive Compound.

Santa Fe is beloved by its longtime residents as well as transplants from Texas, California, New York, and other states. For pre-retirement downsizers or homebuyers looking for the ideal second residence, here’s our guide for getting to know Santa Fe, affectionately known as The City Different.

Let’s start with Santa Fe Geography 101. In the mostly-square shape that is New Mexico, Santa Fe sits roughly in the middle of the northern part of the state. To the east of Santa Fe is the southernmost part of the Rocky Mountains—the beautiful Sangre de Cristo Mountains, which extend north into Colorado.

Santa Fe sunsets may be the reason for the name of the mountains, which means “blood of Christ” in Spanish. At dusk, the Sangres glow with red hues especially during the winter after a snowfall.

Located just a few miles away from Santa Fe’s downtown, the wilderness of the Sangre de Cristo Mountains is an outdoor paradise for hikers, skiers, and mountain bike enthusiasts.

In terms of drive time, Santa Fe is about an hour northeast of Albuquerque. Nonstop flights from Dallas/Forth Worth arrive in Santa Fe in an hour and 45 minutes and from Denver in an hour plus 10 minutes.

How’s The Weather Up There?

At over 7,000 feet above sea level, Santa Fe’s higher altitude and dry climate may take some getting used to for those who haven’t spent much time in the Southwest. For those who call New Mexico home, however, the clean mountain air is a major draw.

You’re not likely to be caught without an umbrella on a day that was meant to be sunny. The seasons do run in the extremes, however, with record highs around 99 °F in the summer to record lows of -14°F in January. Average highs and lows are closer to 85°F in the summer and 20°F in the winter, but you will need to be prepared for cold spikes and heat waves now and then.

Summer really kicks in around May most years and doesn’t let go until October. The cold months are chilly, but you’ll see a lot more sun than snow out here. With a yearly average of 283 sunny days and an average humidity level of about 45 percent, Santa Fe rates a comfort level of 72 on Sperling’s Best Places. FYI, that’s based on a score of 100 where a higher score means a more comfortable year-round climate.

The Cultural Capital Of New Mexico

Now that you have the lay of the land, let’s move to a short history lesson. In the late 1800s, Santa Fe was intended to be a major railroad stop, but the builders wound up bypassing the city for Lamy, a town just south of Santa Fe.

This led to some economic setbacks for the city, but for archaeologist Edgar Lee Hewett it was an inspiration and a challenge. Hewett spearheaded a campaign to boost the city’s economy by bringing in resources for the study of arts and archaeology.

Hewett’s efforts worked, and by the mid-20th century, Santa Fe had become a major cultural hub, home to countless writers and artists, including those involved in the early development of the Pueblo Indian pottery industry. The pottery tradition would grow into the Santa Fe Indian Market, the celebrated art fair that draws more than one hundred thousand people from around the world over one weekend every summer.

They haven’t invented a time machine just yet, but you wouldn’t know it to walk along the Santa Fe National Historic Trail. This legendary trail cuts through five states, from Santa Fe all the way to Missouri. For Santa Feans, it’s one of the most beautiful routes in the world, connecting the Great Plains to the Rocky Mountains. Many hiking, biking, and equestrian areas provide easy access to the surrounding foothills.

Homes southeast of Santa Fe, for example, give you access to the Santa Fe National Forest and Pecos National Historical Park. Truthfully, you can find beautiful trails, amazing hiking, and camping spots, lakes, mountains, and national parks by going to the city limits and heading in just about any direction.

An Enchanting Evening In Santa Fe

Those in the market for Santa Fe properties will have to wait for August to check out the art on display at the Santa Fe Indian Market. In the meantime, we recommend getting a bird’s eye view of some prime Santa Fe real estate from the Coyote Rooftop Cantina. Casual and upscale all at once, the Cantina offers southwestern cuisine with a metropolitan vibe in one of the most enchanting locations in the city. For best results, clear your evening and go in for a late lunch or an early dinner so that you can enjoy the burning red sunsets casting a fiery glow over the surrounding adobe-style buildings.

If you’re planning a trip to Santa Fe to see if this is your town, don’t just take an afternoon. Take a weekend. Book a night at one of the city’s beautiful downtown hotels, watch the sun setting over the glowing mesas, and observe a day in the life of this unbelievable city. We’re sure that Santa Fe will enchant you like it has so many.