All the FAQs You Need About the Santa Fe Indian Market 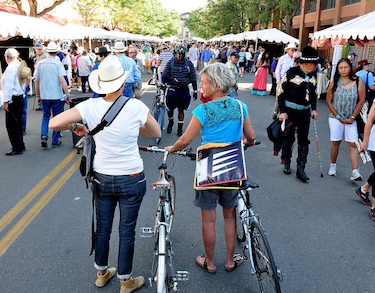 Sometimes you’re looking for an in-depth, deep-dive look at an upcoming market, festival, or event in Santa Fe. But sometimes you just want the critical data. Here’s everything you need to know about the Santa Fe Indian Market at a glance.

If you need more information, check the Santa Fe Indian Market website for additional details as well as info on an app you can download. For ticketed events, check out the official schedule summarized below. 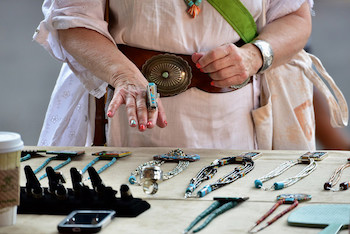 Q: When and Where Does the Market Happen?

The Santa Fe Indian Market opens on the Santa Fe Plaza on August 18  at 7 AM. The day comes to a close at 5 PM. The final day is on August 19, with the same opening and closing hours. The Market itself is free and open to the public. Nearly 1,000 of the continent’s finest Native American artists will show their work in booths filling the Plaza and surrounding streets.

Q: What, When, and Where Are The Key Events?

Indian Market Kick-Off Party Deejayed by LightningCloud with a preview of the IM: EDGE Contemporary Show.

Best of Show Ceremony and Luncheon An event celebrating the best work of the Indian Market.

Sneak Preview of Award-Winning Art Sponsored by the Cherokee Art Market, an early look at award-winning artwork before the official opening of the Market the next day. 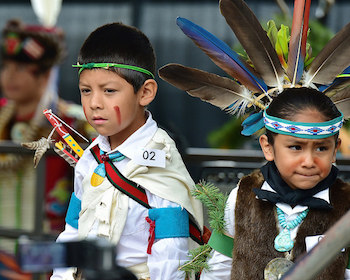 Native American Clothing Contest One of the most popular events at the Santa Fe Indian Market and a cherished Santa Fe tradition. The event includes categories for for traditional and contemporary Native fashions worn by children and adult participants.

Q: What Should I Bring?