See a Play in Santa Fe 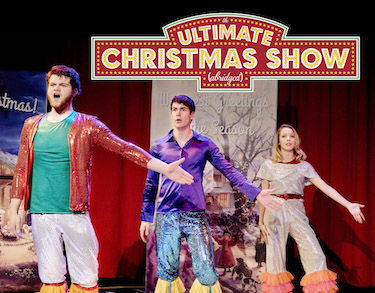 The theater scene in Santa Fe is one of our best-kept secrets. The City Different is home to stage productions that attract local residents on opening night and at every performance. Along with great cuisine and a spectacular natural setting, Santa Fe arts and culture count as another reason people look for homes here.

Theatre Santa Fe, the city’s theater board, is a clearing house where you can find venues and a calendar for terrific performances all year round. They also host an annual theater walk in September. This consists of about 20 theaters staging scenes across multiple venues all on the same day. Like going to a beer tasting, it’s a fun way to sample theater without seeing an entire production.

The closing months of the 2018 theater season will be largely devoted to David Mamet’s The Shawl, Oscar Wilde’s The Importance of Being Earnest, and a send-up of holiday variety shows called The Ultimate Christmas Show (abridged).

Here’s what you need to know about taking in a live theater performance this winter in Santa Fe.

David Mamet wrote The Shawl essentially to answer a challenge. After hearing that his plays weren’t very plot-driven, Mamet set out to create an intricate little crime story with all the obligatory plot twists in a heightened-reality setting. The play, involving a pair of con artists attempting to scam a woman out of her sizable inheritance, combines Mamet’s trademark characters and humor with a playful potboiler structure.

The Oasis Theatre Company is presenting The Shawl at Annex A, located at 3205 Calle Marie, Suite A. Audiences will see not just one, but two Mamet plays. Oasis is staging Mamet’s The Sanctity of Marriage as a curtain raiser.

The Shawl runs through November 18. Remaining performances are Thursdays, Fridays, and Saturdays at 7:30 PM and Sundays at 3 PM.

Oscar Wilde’s The Importance of Being Earnest is a classic. This Victorian satire set the format for a thousand comedy films and sitcom episodes about avoiding obligation through aliases and trickery. Santa Fe Playhouse presents Wilde’s comic masterpiece November 28 through December 16. Evening shows are at 7:30 PM and matinees are at 2 PM. Santa Fe Playhouse is located at 142 East De Vargas Street in Santa Fe. 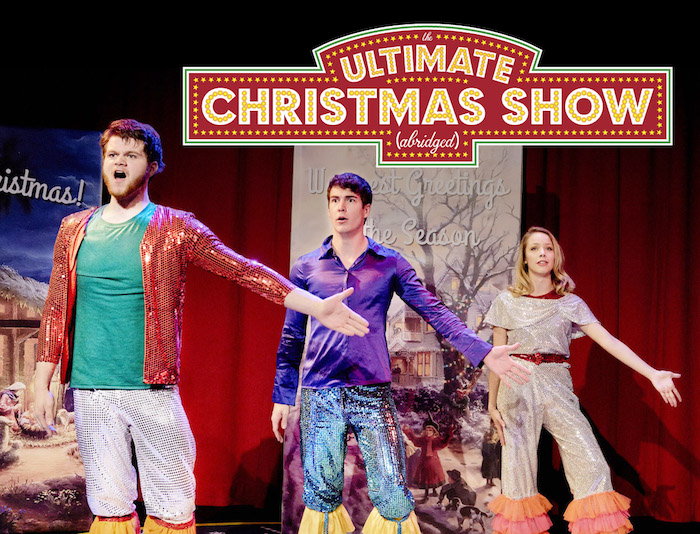 Adobe Rose Theatre bills The Ultimate Christmas Show (abridged) as “adult-smart yet kid-friendly holiday fun.” That sounds pretty great to us. The plot centers on a holiday variety show at a local church—but none of the scheduled acts have shown up. Three members of church’s theatrical ensemble leap into action to perform the entire show and holiday pageant.

There’s more on stage this year! Check the Theatre Santa Fe calendars for November and December if you’d like to see what else they have coming up this winter.

PrevPreviousDetour to Santa Fe at the Albuquerque Balloon Fiesta
NextSkiing in Santa Fe: Looking to be a Great Season!Next