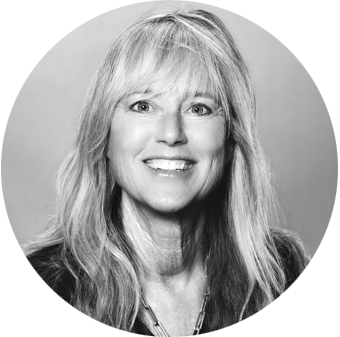 Tami has a background in construction, business, and financial analysis which adds unique skills to her 17 years as a successful real estate Broker. A leading listing broker in Santa Fe, her intention with every listing and seller is to achieve the highest price and best terms, and to facilitate a smooth sale through education and guidance. She is by your side every step from preparing your sale, staging, presentation, executing a customized treatment plan and performing in depth research to maximize your proceeds.

Since, working side by side with attorneys, surveyors, and subcontractors, Tami is adept at working through City and County approvals, permits, building codes, condominium conversions and association documents. Building financial models for return on investment is second nature to Tami, as she has acted as general contractor for her own property investments. With her formal studies in business administration, investment analysis, green building, condominium law, contract negotiations, ethics practice, 1031 exchange, foreclosure, Archicad design; she brings the extensive knowledge and tenacious due diligence necessary for guiding clients through making wise property investment decisions which result in equity holdings.

Having sailed from Canada to Hawaii on a 100-foot square rigger, Tami remained in Hawaii for seven years while working on documentaries and singing lead in a dance band. She moved to Santa Fe in 1995 and worked in the film industry, construction industry and started a successful business in specialty painting. Having invested in and remodeled old adobes in the Guadalupe district, Tami found her niche as a Real Estate agent where she puts her expertise to use in assisting her clients in the purchase, resale, design and remodel of investment and private properties. She is a real estate investor and property owner in the Railyard district.

A passion for real estate and helping people maximize their investment is apparent when Tami begins talking about her work. She exuberantly recalls, “Like the time I researched an old subdivision plat in the city to increase a building envelope. It was an incredible win! My clients were limited by a 1,600 sq. ft. house, but because I conducted extensive research they were able to grow the envelope to accommodate a 2,200 sq. ft. house, adding an additional $100,000 value to their property. Another client was trapped in a house because they couldn’t sell for the price they had into it. I was able to help them by facilitating a condo conversion, allowing them to sell two properties instead of one and realize a profit rather than a loss. It’s a huge win when I can help.” Her involvement as an active real estate investor led to a career as a Realtor 15 years ago. Her background in financial analysis, business and construction allows her to skillfully identify and create real estate investments and she offers this unique experience to other investors.”

Tami has been at Barker Realty for 10 years and it’s a perfect fit. “David is very inspiring and is just a great person. He has an amazing open door policy and offers incredible wisdom, knowledge and experience that provides just the answer you need. He values relationship over the actual transaction. But, the number one thing I love about Barker Realty is that every single person here has high values in what they hold to be important and how they treat their clients. I feel honored to be associated with such fine people. Also, David and Lisa’s deep social commitment to our city is something I profoundly admire.”

Tami is also committed to Santa Fe, in particular transitional homeless youth. “I started assisting at the emergency youth shelter for runaways, then began teaching a class on ‘100 ways to start a business for under $20.’ What I realized after working with them is that 90% of homeless youth are innovative, motivated and functioning on a high level — they just need a little help to get to the next place.” Her next project is to put together a task force to provide an area in the city for homeless youth to have safe lockers for storing their belongings during the day, free showers, and an address for applying for a job.

An avid traveler, Tami recounts her epic adventures in India, Thailand and Cambodia, “What I love more than anything is visiting ancient sacred sites around the world. Studying ancient civilizations and cultures, I am awed by the amount of love and respect and community they have with one another. Some of these civilizations go back 10,000 years and have a lot to teach modern civilizations.” There’s no doubt this world holds an infinite number of fascinating places to explore.

What My Clients Say… Tamara Acker
Barker Realty, LLC
4Bedroom(s)
5Bathroom(s)
3Parking(s)
47Picture(s)
2,000Sqft
Visits:207
Historic Adobe house and guest house with a fabled and storied past of orchards and grocery merchants. Originally built in 1717 along the Acequia Madre and now completely restored to contemporary living standards. Listen to the Acequia flowing by the front living room windows and gaze into the mature Cottonwood trees and endless blue sky.
$2,215,000 David P. Trujillo
Santa Fe Properties
3Bedroom(s)
2Bathroom(s)
4Parking(s)
37Picture(s)
1,529Sqft
Visits:146
This delightful passive solar home, hidden at the end of a cul-de-sac and down a treed driveway adjacent to a green belt is waiting of you. The walled front garden welcomes all visitors to this very well maintained and inviting home. The open living, dining, and kitchen area offers unobstructed views of the green belt.
$539,000 Claire J. Calladine
Realty One of New Mexico
4Bedroom(s)
2Bathroom(s)
3Parking(s)
27Picture(s)
1,743Sqft
Visits:84
Welcome to 1833 Tewa Rd, a home with a history! Built as an original 1950 Stamm in the picturesque Casa Alegre neighborhood, this 4 BR/2 BA Home of Character has undergone multiple transformations over the years, and - rumor has it - even enjoyed a period as a Montessori school in its early years.
$499,000 Melissa Adair
TERRA Santa Fe
2Bedroom(s)
3Bathroom(s)
34Picture(s)
1,461Sqft
Visits:132
If rustic elegance is what you are looking for, this is it! A stunning home with incredible character just steps from the Acequia Trail. In the trendy Mid-Town area of Santa Fe, you can bike or walk to the Farmer's Market or just relax in your private back yard oasis.
$725,000
70 Results returned.Per Page